Secrets of the Lotus 79 skirts

For years we have dropped the original skirts of 79/3 – for display – and then fastened them back up, without knowing what was going on inside the skirt boxes.

Then in 2019 Top Gear persuaded us to run 79/3 with skirts down, for their excellent type 79 feature.  As most of the ceramic rubbing strips were long gone, this signalled the end for the aluminium carriers and saw ‘renovate 79/3 skirts’ being added to the ‘when we have more time’ job list. 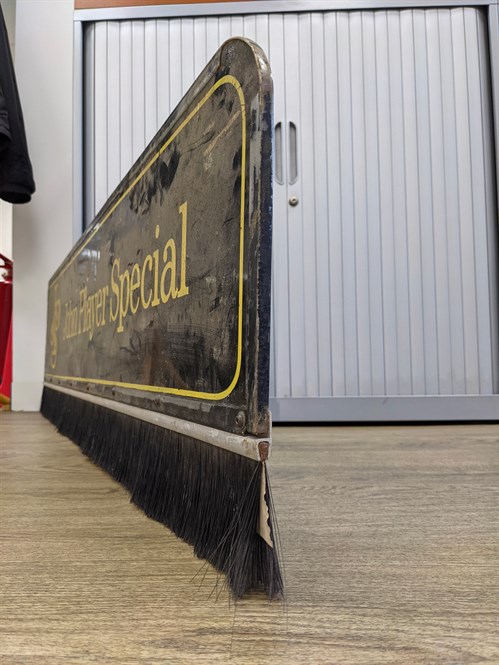 In the beginning, the type 78 skirts were……draught excluders.

The Lotus type 78 ushered in the ‘ground-effect’ era, to be followed by the type 79; Team Lotus had established perhaps its greatest ever ‘unfair advantage’.  The under-profile of the sidepods created a Venturi profile which generated low pressure; skirts along the bottom edges of the sidepods acted as seals.  Colin Chapman was thrilled by ‘something for nothing’; lots of downforce for relatively little drag.  Plus it took a good while for the other teams to work it out, plus it could not be copied onto their existing cars.

It became clear that effective protection of the low pressure area under the cars was a critical aspect of exploiting under-car ‘ground-effect’.  Significant gains were made at various times, as more effective skirt designs were developed. 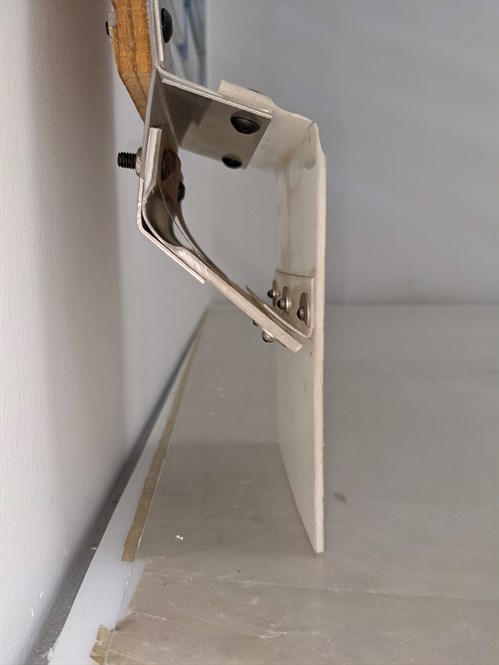 Classic Team Lotus is pleased to have this original mock-up of the parallelogram skirt, which evolved into the ‘suck-down’ skirt system which proved to be a big step for the type 78.

Over the years, the skirts on 79/3 had become increasingly reluctant to slide, at the same time as the noises from within becoming increasingly unpleasant.  Apprentice fabricator Harvey Boore – with the careful support of master fabricator Steve Jest – was tasked with removing the skirts boxes and disassembling.  He discovered an elegantly simple system, albeit worn out. 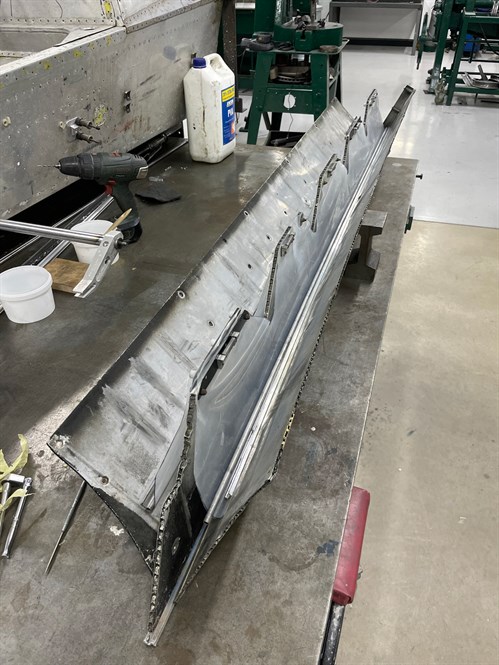 The skirt panel is attached to the inside of the skirt box by a simple piece of polythene (each side) which cradles a metal rod.  The weight of the rods - each side - increase the downward force – thereby optimising contact with the track – plus the rods and polythene act as a seal which prevents high pressure air bleeding in above the top of the skirt panel to the low pressure area under the sidepods.  A lovely example of the Team Lotus design philosophies of function (easy sliding, effective sealing), multi-function (one part doing two jobs), simplicity and light weight.  (Subsequently the team added sprung lever arms to act on the top edges of the skirts, pushing them down onto the track.)

Post Top Gear, we knew the day was coming, so buyer Steve Nash sourced replacement ceramic rubbing strips – at outrageous expense – and Steve Jest fabricated new carriers for them.  (We simply could not source a supply of the original aluminium extrusions.)  In the stores Harvey found some replacement polyester sheeting and has undertaken various renovations to the original skirt panels and skirt boxes, before careful re-assembly and re-installation.  So, it has been an interesting and valuable exercise, the result of which is that we can run this famous Lotus F1 car with skirts down again, as a rule, as we should.  (Team Manager Chris Dinnage – the regular driver of 79/3 – will have to stay away from the skirt-damaging kerbs….)

Note; for all the pedants out there, originally ‘ground-effect’ was coined as a term for the increased lift generated by (lift generating) wings in close proximity to the ground; witness sea birds gliding low over the water, wings outstretched, seemingly with little effort.