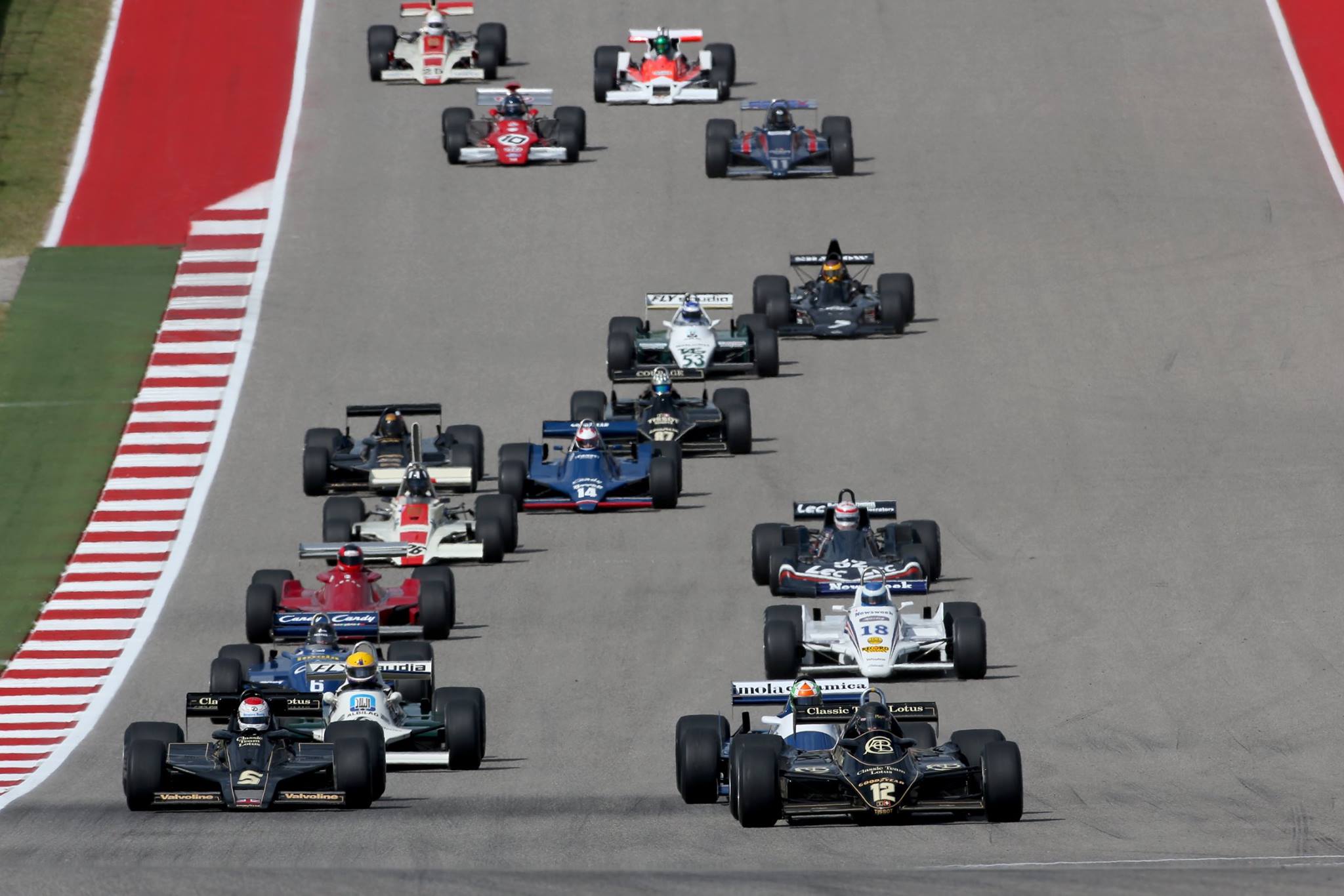 Greg and Katsu leading the field round on the formation lap, resplendent in CTL livery, with Andrew Beaumont further back, in his Essex liveried type 81

Once again, Historic F1 was a popular support race at the US GP and Classic Team Lotus drivers led the way, once again. 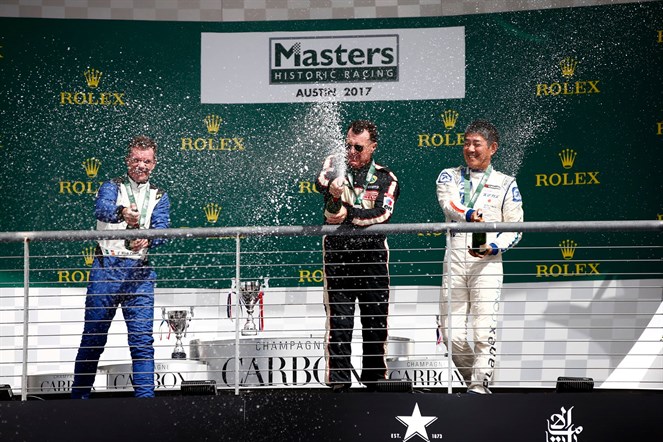 On Grand Prix day the Sunday morning race was wet and Katsu made the most of the conditions to storm to victory from third on the grid. Greg came 4th while Andrew – who is not a fan of wet conditions – drove a steady race to finish 11th. 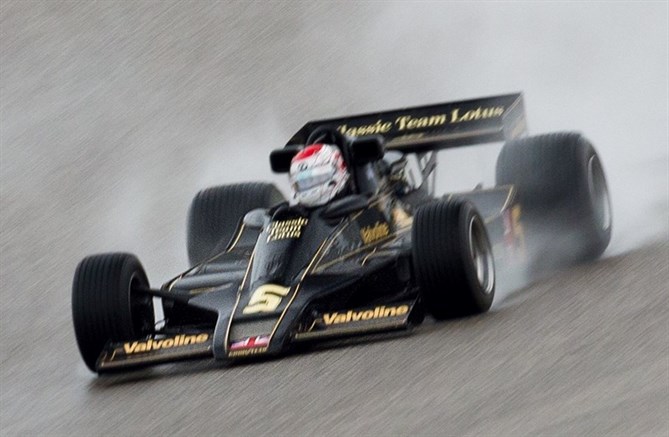 Sunday morning was WET – much to the excitement of some ambitious F1 drivers, no doubt – and Katsu made the most of the tricky conditions

Meanwhile, in Estoril, Portugal, Classic Team Lotus was running Joaquin Folch in his Lotus type 16 in the penultimate round of the HGPCA championship. In a season when team and driver have been making steady progress with reliability and speed, this turned out to be a decisive step, with Joaquin finishing second on the Saturday – after a fantastic race – and then winning the feature race on the Sunday. A brilliant achievement for driver and team. 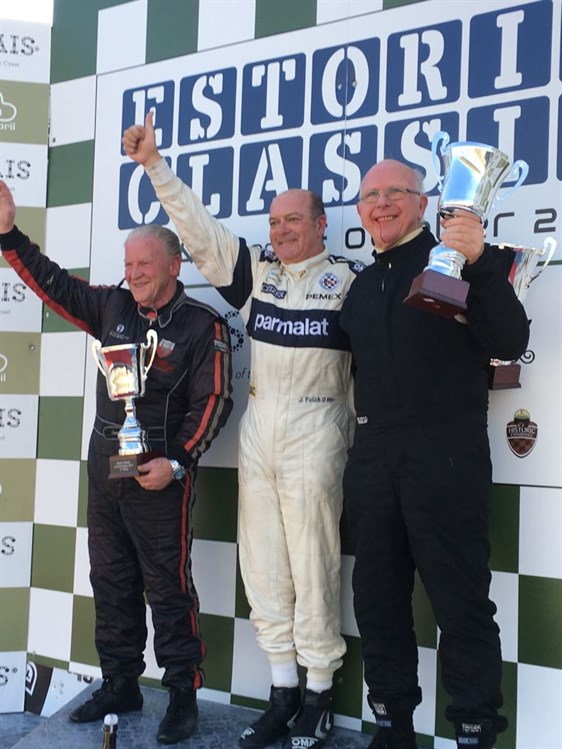 Joaquin celebrates his win on Sunday

The teams in the USA and Portugal are now moving on to Mexico and Portimao, for more action next weekend.