The Lotus That Never Blossomed

02/08/16 - McLaren and Lola were already there, so why shouldn’t Lotus join the Brits at the Can-Am party? 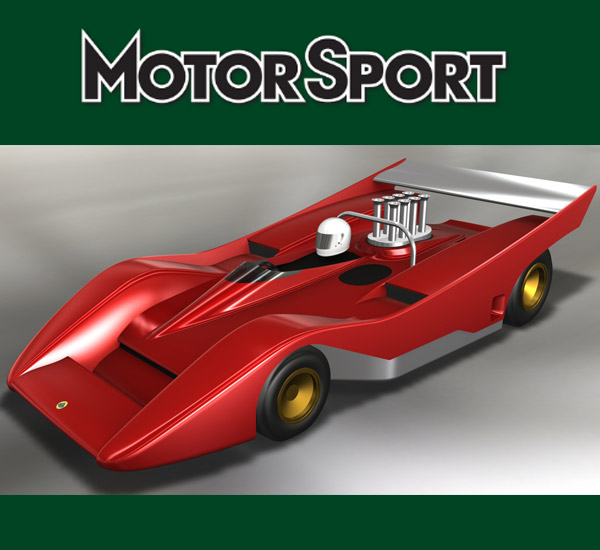 Recently, Classic Team Lotus unearthed a fireproof case packed with 28 rolls of microfilm, which contained images of the Team Lotus original design drawings, a record initiated by Peter Warr in the 80s.  (This was done in advance of the intended disposal of the originals; happily this never took place and the originals reside in the CTL archive, albeit with a lot of them in a not readily accessible state.)  The process of digitising the microfilm images uncovered various interesting schemes that never saw the light of day.  One such that caught the eye of Clive Chapman was a number of schemes for a ‘Proposed Can-Am car’, initiated in September 1969.  Based upon type numbers issued at this time and type numbers unallocated, it is most likely that the project would have been identified as the Lotus type 66.

Upon discovering the Can-Am schemes, Clive Chapman approached Russell Carr, Head of Design at Lotus Cars.  Russell enlisted the volunteer support of Barney Hatt and Pete Reach to undertake an initial assessment of the Geoff Ferris schemes, to establish if they could extrapolate the information to realise a 3D rendering using the state of the art software at their disposal.  Many hours and several review meetings later, the Lotus Cars Design Studios team pronounced themselves satisfied that they had been able to represent the essence of the original Geoff Ferris design.…Read the full story in the September edition of Motorsport Magazine – available now