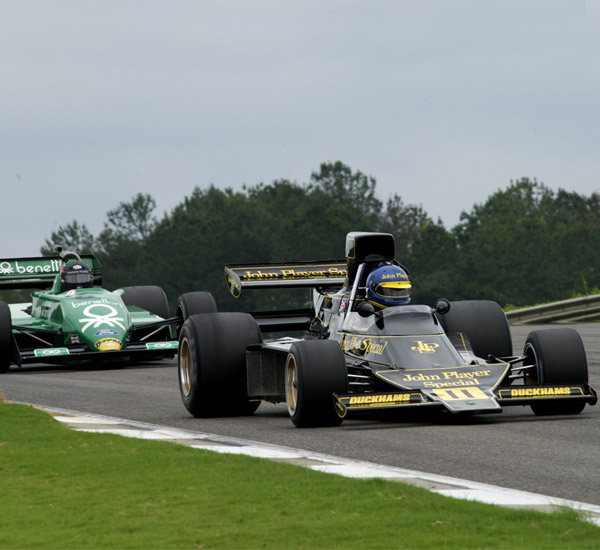 Fridays practice and qualifying sessions allowed participants to familiarise themselves with the track. Four-time World Motorcycle Champion Eddie Lawson led the way in his Wolf WR4 followed by James Hagan in the 1983 Benetton-liveried Tyrrell 011 and Doc Bundy in the 1978 JPS Lotus 79.  Race 1 on Saturday - Andrew Beaumont in his Lotus 76 was battling with James Hagan in his Tyrell for 2nd place and gave some crowd pleasing action.  Andrew managed to hold on past the chequered flag to take the 2nd step of the podium.

Temps on Sunday were in the 80s with an 80% humidity which proved a challenge.  At the front Lawson, Beaumont, and Hagan were running nose to tail. Andrew was pushing really hard but half way through the race, his gear lever snapped.  Andrew managed to keep the car going round changing into 3rd and 4th gear and finished an impressive 4th.

Next stop for Masters USA is The Hawk at Road America, July 16th-19th.