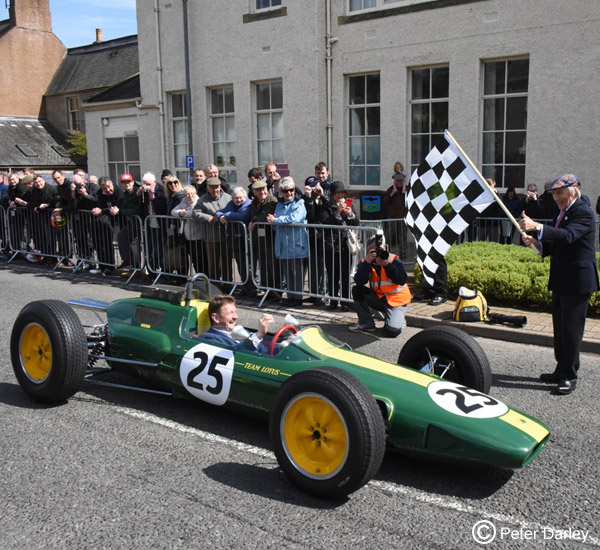 Classic Team Lotus customers John Bowers (Lotus 25) and Nick Fennell (Lotus 25 and 38) kindly made their cars available for the Jim Clark Trust and Club Lotus event, along with other generous owners. The cars were driven up and down Duns High Street in front of a big crowd.  Allan McNish, one of the UK’s most successful modern-day racing drivers, was joined by Sir Jackie Stewart at the event.

The Lotus F1 Team E22, which was raced by Romain Grosjean and Pastor Maldonado across the world during the 2014 season, was welcomed alongside the stellar line-up of classic Formula One cars, Touring and Sports cars.

Big congratulations to the Jim Clark Trust and Club Lotus for putting on a fantastic event.

Please visit Historic Racer to view footage of the event