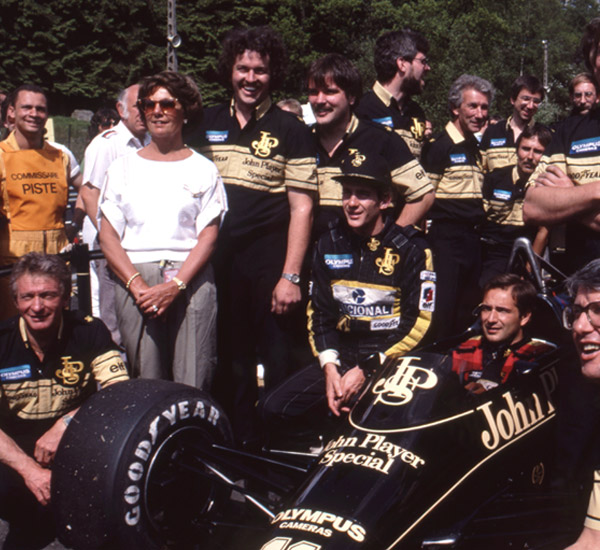 Gerard pictured with the team at Spa in 1985

Gerard Ducarouge played a vital part in the history of Team Lotus as it faced the challenge of Formula One without Colin Chapman.

An inspired recruitment by Peter Warr, Gerard arrived at Ketteringham Hall, assessed the situation and initiated a whirlwind programme of change.  In just seven weeks, using the 'obsolete' tubs from previous DFV powered cars, the team created the all new Renault Turbo powered type 94T in time for Elio and Nigel to race at the all-important 'in front of the sponsors' British GP.

As much as his undoubted engineering talent it was Gerard's fearless attitude and exceptional motivational skills that enabled the team to realise this extraordinary achievement.

Gerard was held in high regard by his team mates and he will be remembered with great affection.