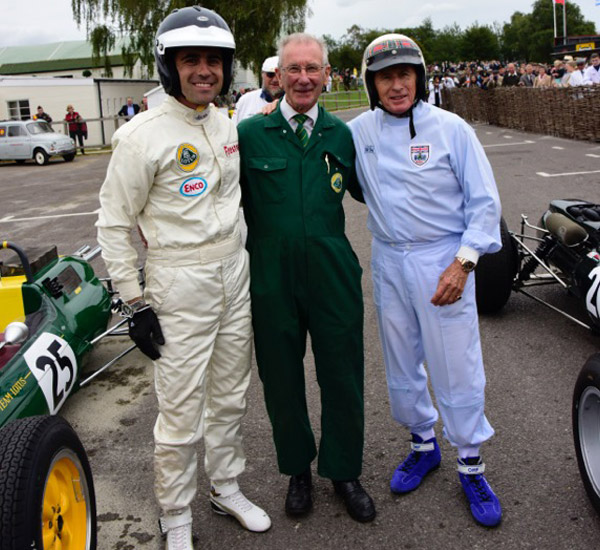 The Sunday Mirror International Trophy was a competition held for cars that conformed to the Formula One rules of the time. After 42 laps of the circuit Jim Clark headed Graham Hill and Jack Brabham on the podium. A star studded supporting cast included Bruce McLaren, Richard Attwood, Dan Gurney, Jochen Rindt and a young chap named Jackie Stewart.

The result, albeit a jaw dropping collection of racing drivers, is not what makes this race famous. What actually cemented its place in the record books forever was the fastest lap of the race – recorded jointly by then one-time World Champion Clark, and the up and coming Stewart. Their mark of 1m20.4s remains to this day the official lap record of the Goodwood Circuit. Although recent events have seen faster times, the record books will always retain that mark set when the circuit was in its heyday.

This weekend we marked 50-years since that amazing race, with Jackie Stewart himself recreating the lap in a BRM, the team he drove for on the day. Sadly, there was no chance of bringing the man widely regarded as the best racer of all time back, but fortunately we had at our disposal the next best thing: four-time IndyCar champ and multiple Indy 500 winner, not to mention Clark devotee and fellow Scot, Dario Franchitti.

They set off for an evocative lap of the circuit and returned with expected smiles on their faces. Rather than letting time dim his talents Dario commented that Jackie had lost none of his speed, admitting he struggled to keep up with the 76-year-old on track until he slowed to allow him to catch up.