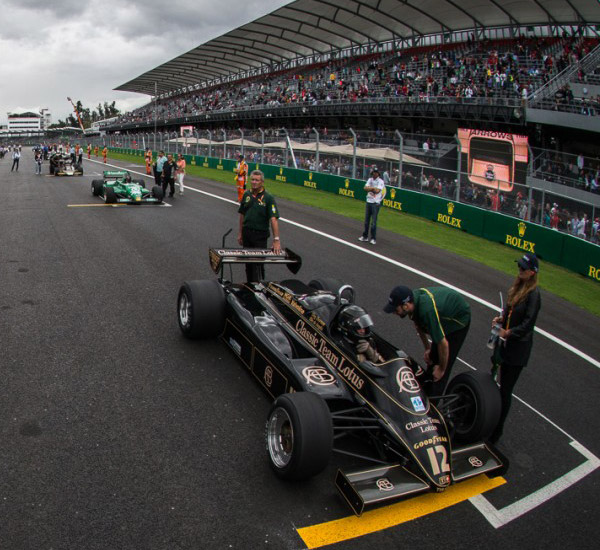 Greg Thornton lined up on the Mexican grid. To view the Mexico gallery please visit the Masters Flickr gallery

At the Circuit of the Americas, Katsu Kubota performed brilliantly in a damp qualifying to secure pole position by three seconds, in front of a grid of 31 cars, featuring six Team Lotus F1 cars. Sadly the terrible weather put paid to the first race on the Saturday and for the feature race on the Sunday the cars were led by the safety car for eight laps before it was called to a halt. The results were based on the qualifying positions, so Katsu's pole position was deemed as a race win. 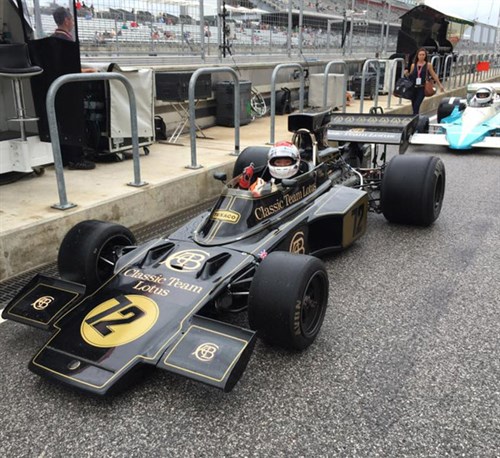 In Mexico the historic F1 cars received a fantastic welcome from the huge crowds, with the black & gold Lotus F1 cars - resplendent in Classic Team Lotus/ACBC livery - gaining special recognition. Greg and Andrew qualified an impressive second and sixth in another strong field of cars. Greg set fastest race lap in Race 1 and finished a strong second, with Andrew not far behind in fifth place. In the big race on Sunday Greg took the lead on the first lap and held it until the end, setting another fastest lap despite intense pressure. Andrew finished fifth.