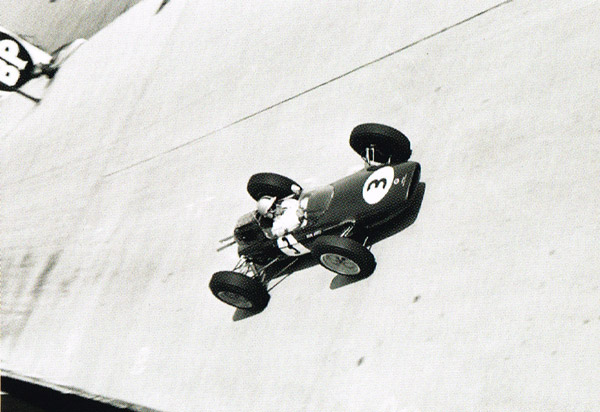 Recently – we came across a nice story about Jack and a chance drive in a Lotus 25 at Monaco in 1963, along with a great image taken by Nick Faure.

Running two cars in a Grand Prix for the first time, Jack Brabham found himself with only one Coventry-Climax engine and he had to fetch that personally from England! Giving the only engine to team mate Dan Gurney, Jack seemed to be out of a drive until Colin Chapman offered him the spare works Lotus 25. Squeezing himself into a cockpit made for Jimmy Clark, Jack circulated near the back, grappling with gear selection problems, but at least he saw the chequered flag, albeit 23 laps behind.

Jack remains the only man in history to have designed, built and driven a championship-winning car.

Clive Chapman says: “ I was very sorry to hear the sad news about Sir Jack. He was a close friend of my Father, and I imagine their common challenge of being F1 constructors strengthened their friendship. "