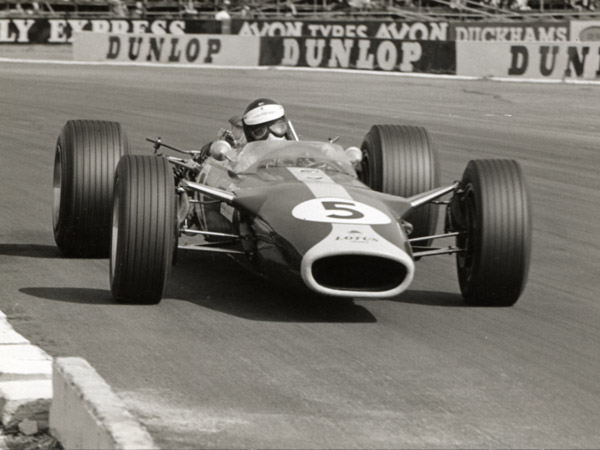 Sunday will see a glittering on-track cavalcade – led by Sir Stirling Moss OBE – to celebrate 50 Grand Prix at Silverstone. Silverstone first hosted the British Grand Prix in 1948 and this year’s event will be its 50th, having shared the honour with both Aintree and Brands Hatch in the early years.

A Guinness World Record Attempt to run as many Grand Prix Cars on-track at any one time will be held on Sunday.  Classic Team Lotus customers have offered their respective mechanics the chance to parade their cars in the hope to secure the World Record.

With three massive grids for FIA Masters Historic Formula One plus Historic Grand Prix Cars Association Pre ’66 and Pre ’61 Grand Prix cars, featuring more than 100 iconic Grand Prix cars from over seven decades, the Silverstone Classic already showcases more grand prix history than any other event in the world.  While these competitors will be at the heart of the special parade which will be on the full Silverstone Grand Prix circuit during the lunch break on Sunday, others with Grand Prix cars not racing at the Classic will also be encouraged to participate in the historic occasion.

Classic Team Lotus is pleased to be supporting a lot of customers at the event with their cars: