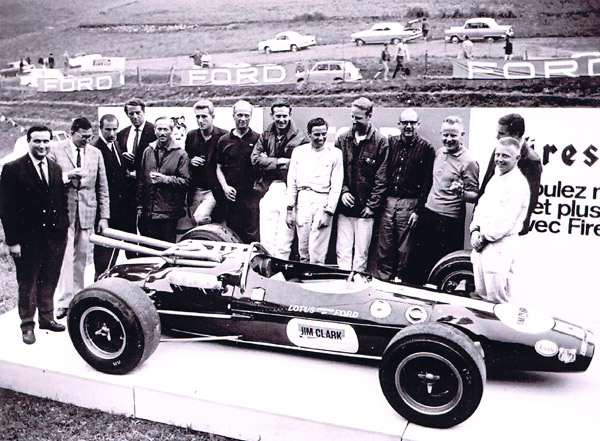 The Mountain rally was part of the European Champion Touring Cars. Therefore the whole elite of European drivers were at the start with Ford drivers and Ford cars, and it was very pleasing. Jim Clark also used to drive a Ford car.

After the training session on Saturday 21st August, Ford Switzerland had a press conference in honour of the Ford drivers. They also presented the Ford Mustang GT to members of the Swiss press.

On the picture above you will be able to recognise from right to left: