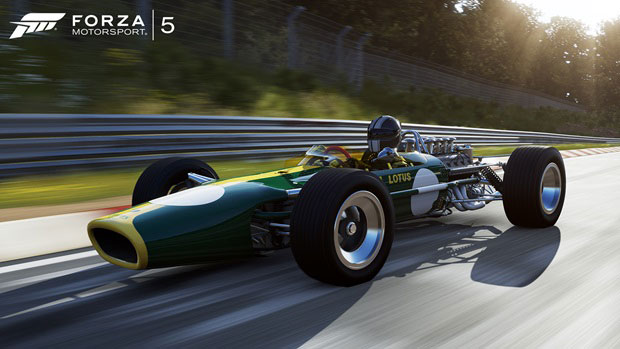 The game features 10 customisable cars, 7 of which have been newly introduced to Forza. The Lotus Type 49, which features a Cosworth DFV V8 engine, was driven by legendary Formula One drivers Jim Clark and Graham Hill, and won its debut race at the Dutch Grand Prix in 1967.