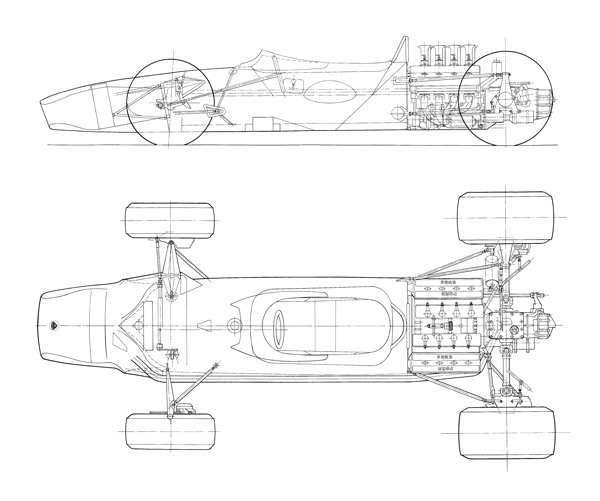 The revolutionary Type 49 lined up for its first race on the 4th June 1967 at the Dutch GP held at Zandvoort.  This was certainly a spectacular debut.

Graham Hill streaked away from pole position but retired on the 14th lap, leaving Jim Clark to assume the lead, set the fastest lap and score the type 49’s first win.

Amazingly, the 49 took pole position for every GP event (8 races!) for the rest of the year with Clark winning 3 more races to finish third in the World Championship.

Hill was always very quick but luck eluded him, and Clark scored all of the Team Lotus F1 wins that season, including the non-championship Jarama race.

The type 49B has been driven by three generations of the Hill family; Graham in period, Damon at events such as Goodwood and the British GP parade and Josh at the Hethel test track - his first ever F1 drive.

Perhaps the only time this has happened?  Answers on a postcard.....