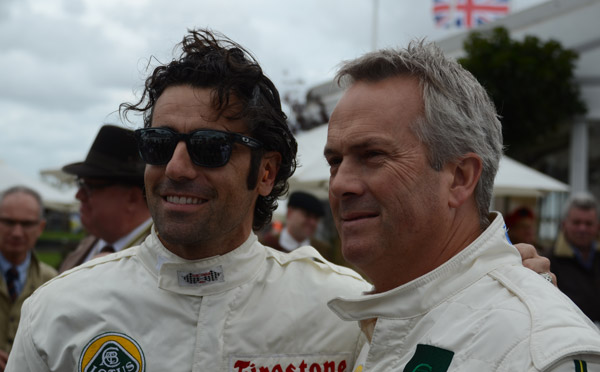 Dario Franchitti, who was born in Bathgate, West Lothian, receives an MBE for services to motor racing.

The 41-year-old has won the IndyCar series in the USA four times and was three times champion of the Indianapolis 500.

The 1963 Team Lotus type 38 Jim Clark Indy 500 winner, recently restored by Classic Team Lotus was on Dario's wish list and we were very happy for him to realise that dream together with the Henry Ford Museum.  Dario drove the car for the first time at Indianapolis in 2010 and then again at last years Jim Clark parade at the Goodwood Revival.