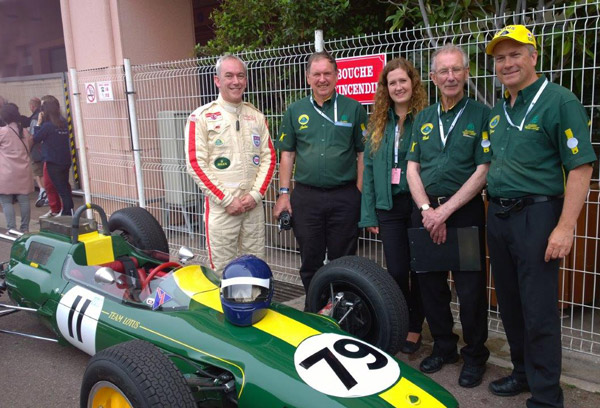 On the weekend of the Monaco Historique, Bob Dance celebrated his 79th birthday with the team.

In true Team Lotus tradition - a couple of pranks were afoot within the paddock.  One of the team (not to be named!) stuck a number 79 roundel over top of the actual race number!  Bob was shocked to see the number had changed but soon became wise to the joke!

Andy Middlehurst went on to win his race in the John Bowers owned type 25 and it made the weekend extra special for Bob.

In the early 1960’s Bob asked Colin Chapman if he could switch from the components and developments department at Lotus to the race team but Colin said 'Don't do that. It's a dead end job.'  He was right because he is still here, all these years later still doing it - and boy, are we glad!