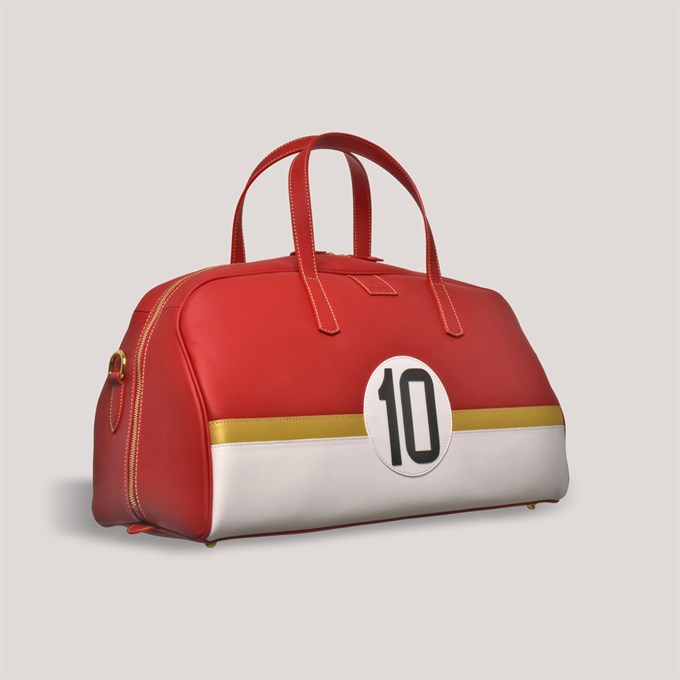 This latest Jordan Bespoke bag takes inspiration from Colin Chapman’s Lotus type 49; the greatest ever step in F1 performance. The result is a holdall which celebrates this famous racing car and captures the spirit of the late 60s, celebrating this iconic motor racing era. 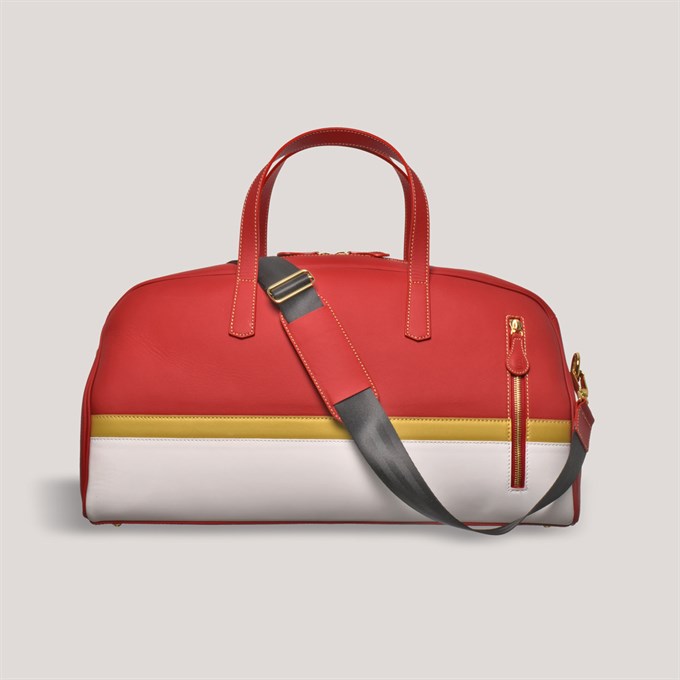 Client-led bespoke options are also available, and customers can choose to have their holdall customised with a number of their choice. Please find the link to our webshop: https://shop.classicteamlotus.co.uk/classic-team-lotus-type--49-holdall-1850-p.asp 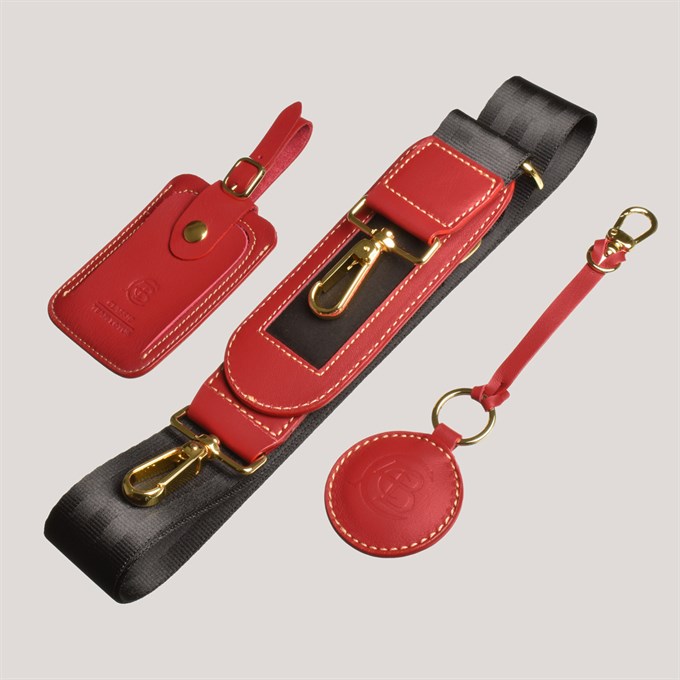 Simon Jordan Founder of Jordan Bespoke, said “Working with Classic Team Lotus and the Chapman family to create this Classic Team Lotus type 49 bag was a genuine honour and privilege. Together we have created a luxurious holdall which respects the contribution Colin Chapman made to motorsport with the type 49, and the unrivalled talent of its drivers. Despite its obvious motorsport connections, the holdall offers a stylish bespoke piece of luggage to anyone who has an eye for detail and a passion for quality and design.” Clive Chapman, Managing Director of Classic Team Lotus, said “Classic Team Lotus tries its best to celebrate the history of Team Lotus. I am privileged to work together with an outstanding team of mechanics to preserve the famous cars that established the Lotus legend. Classic Team Lotus is delighted to have joined forces with Jordan Bespoke to realise this practical and desirable holdall in the highest quality, which captures the Team Lotus identity in such striking style. I am confident it will prove to be an emblem of Team Lotus history which will appeal to proud Lotus enthusiasts worldwide.”

The type 49 made an impressive start, with Jim Clark winning in its first Formula 1 race, the 1967 Dutch Grand Prix. The Type 49 took every pole position for the rest of the season, and Clark won three more races to finish the season third overall. Renamed the 49T for the Tasman Championship of 1968, the Type 49 carried Clark to four wins and the overall title. 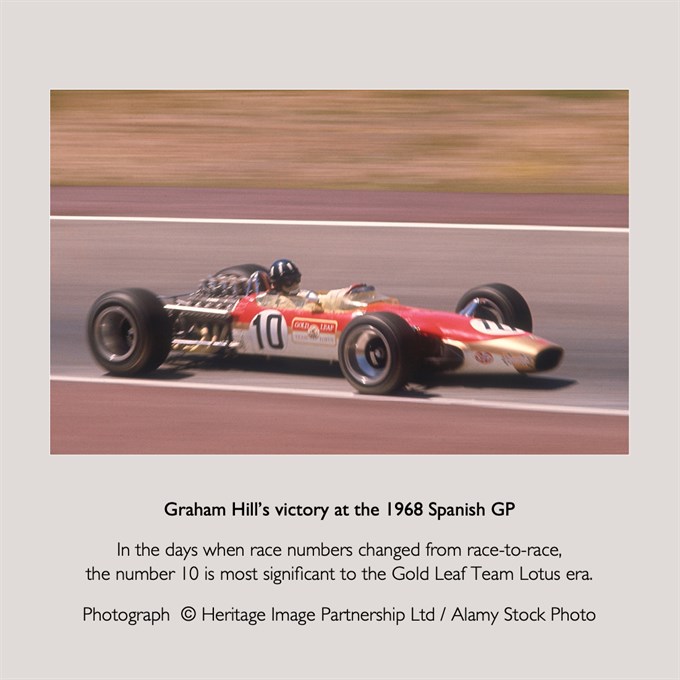 The year 1968 also saw Graham Hill victorious in the F1 Drivers’ Championship for Team Lotus. The car was now the Type 49B, featuring a slightly longer wheelbase and several other upgrades. The season included a victory at Monaco, a feat Hill repeated 12 months later in the same car – the only time that’s ever happened in F1 history.

The Type 49 is also famous for marking the debut of the iconic red, white and gold colours of Lotus sponsor Gold Leaf. In 1970 Team Lotus applied this striking livery to its next revolutionary design, the Lotus type 72, which led to Jochen Rindt’s posthumous World Championship victory. 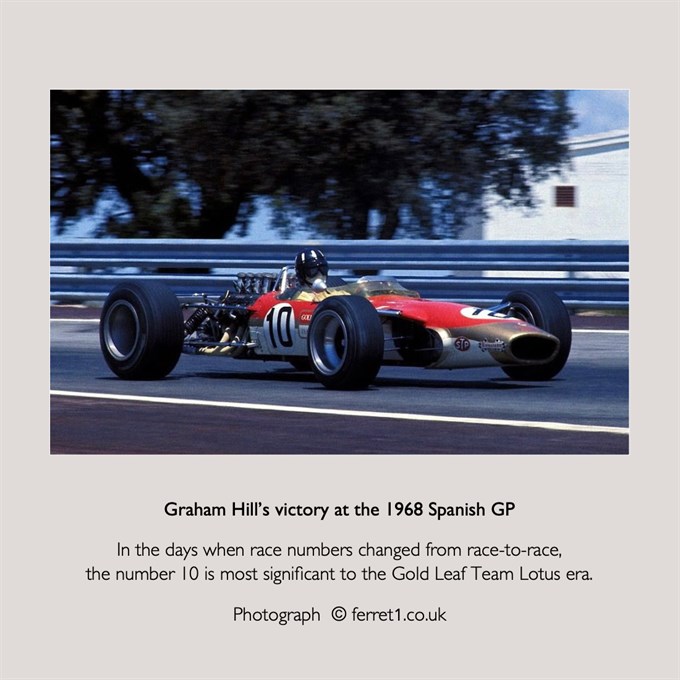 In the days when race numbers changed from race-to-race, the number 10 is most significant to the Gold Leaf Team Lotus era.

Graham Hill’s victory at the 1968 Spanish GP laid the foundation for his Championship year. A poignant victory for Team Lotus in the aftermath of the tragic death of Jim Clark.

Graham’s win in a gripping last race of the season in Mexico – on a day when three drivers could have been crowned World Champion – secured his second Drivers’ crown.

Coincidentally number 10 was on Jochen Rindt’s Gold Leaf liveried type 72 when he laid the foundation for his Championship year, by winning the Dutch GP at Zandvoort; the first of four wins in a row, which signalled the extraordinary dominance of the type 72 for years to come.