Four Classic Team Lotus customers made the significant effort to take advantage of the first ever opportunity to race their historic Lotus F1 cars at the great Suzuka circuit, home of the Japanese F1 GP since 1987 (bar two years at Fuji). All four did well, with the crowning glory being a one-two finish in Sunday’s race for Greg Thornton and local hero Katsu Kubota, in their 1982 De Angelis and Mansell Lotus type 91s. 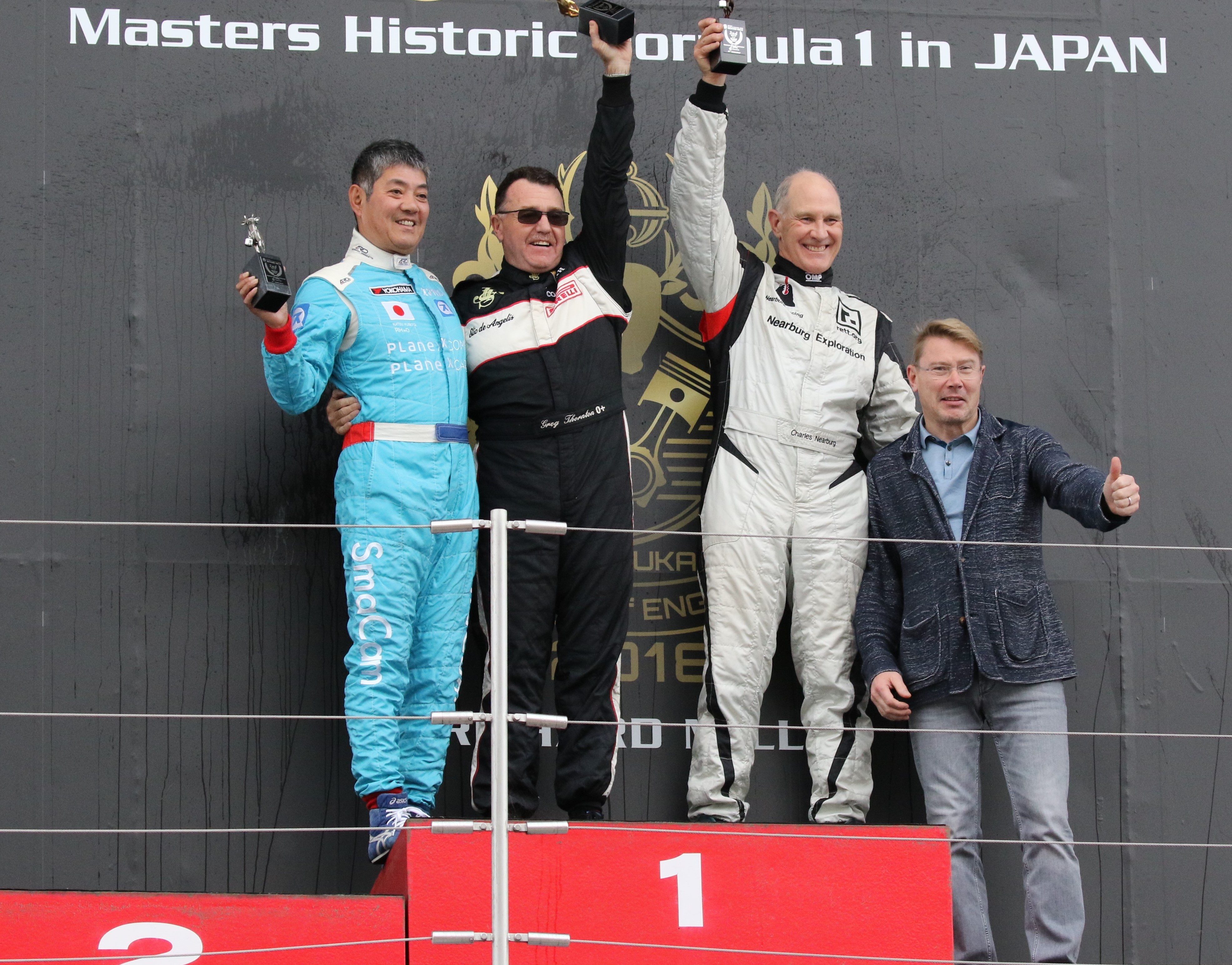 Katsu was on pole for Saturday’s race, with Greg in second, making it a black and gold front row.  Andrew Beaumont managed 12th, in what was a strong grid of 24 cars, featuring a good turnout by the USA historic F1 contingent.  To support the organisers of this non-championship Masters event, Classic Team Lotus entered its type 79 chassis 2, for Lee Mowle to bolster the grid.  On what was Lee’s F1 debut, he did well to qualify 11th and was looking forward eagerly to doing better in the race. 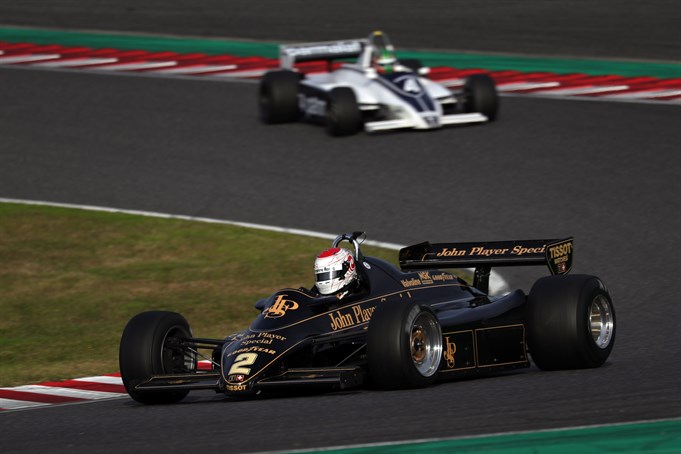 In front of a large, enthusiastic and knowledgeable crowd, the impressive F1 grid set off behind the pace car for the rolling start.  Very sadly, Katsu decided against taking the start, so it was Greg who led the field away, and that was how it stayed.  Andrew moved up two places to come home in 8th, with Lee not far behind in 9th.

For race 2 on Sunday Katsu was ready to go, albeit from the back of the grid.  In Masters events the top eight are reversed for the second race, so Andrew was on pole, which was good to see.  Andrew led the field away to what were fairly frantic opening laps.

The close action caused Andrew to spin, narrowly missing the wall.  He got going again, but at the back.  Meanwhile Greg – starting 8th - and Katsu were scything their way through the field.  Greg fought his way to the front, with Katsu immediately behind by just six seconds, as they started the last lap.  Low fuel slowed down Greg such that he held on by just 0.6 seconds for an incredibly exciting finish.

Lee Mowle came home 7th, which turned out to be enough for him to finish third in his class, overall, to secure his first ever F1 trophy.  Andrew finished 15th; but for his spin he would have been on the podium, which would have made for the perfect weekend. 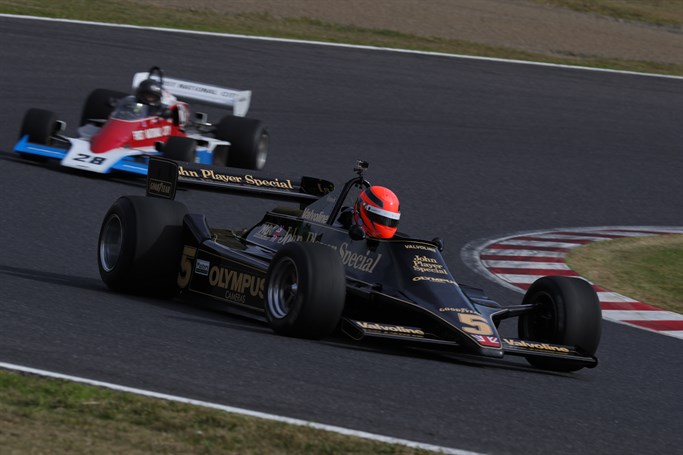 Once again the Classic Team Lotus mechanics had helped their drivers to realise a great set of results, in what was the last race of the very long 2018 season.  The 28th race weekend had been a good one, but the team was pleased for it to be all over for another year.  A big thank you to all at the Masters Series for another season of excellent events. 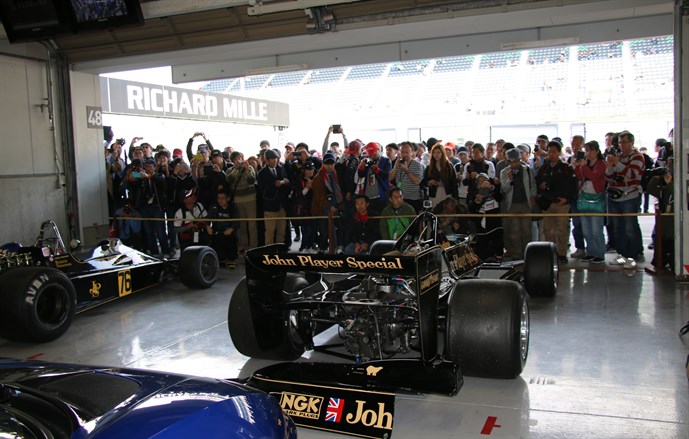 The appreciative Suzuka crowd loved the Classic Team Lotus pit garage, which included the Lotus Evora of Japanese Lotus Importers LCI, who helped the team for the weekend.