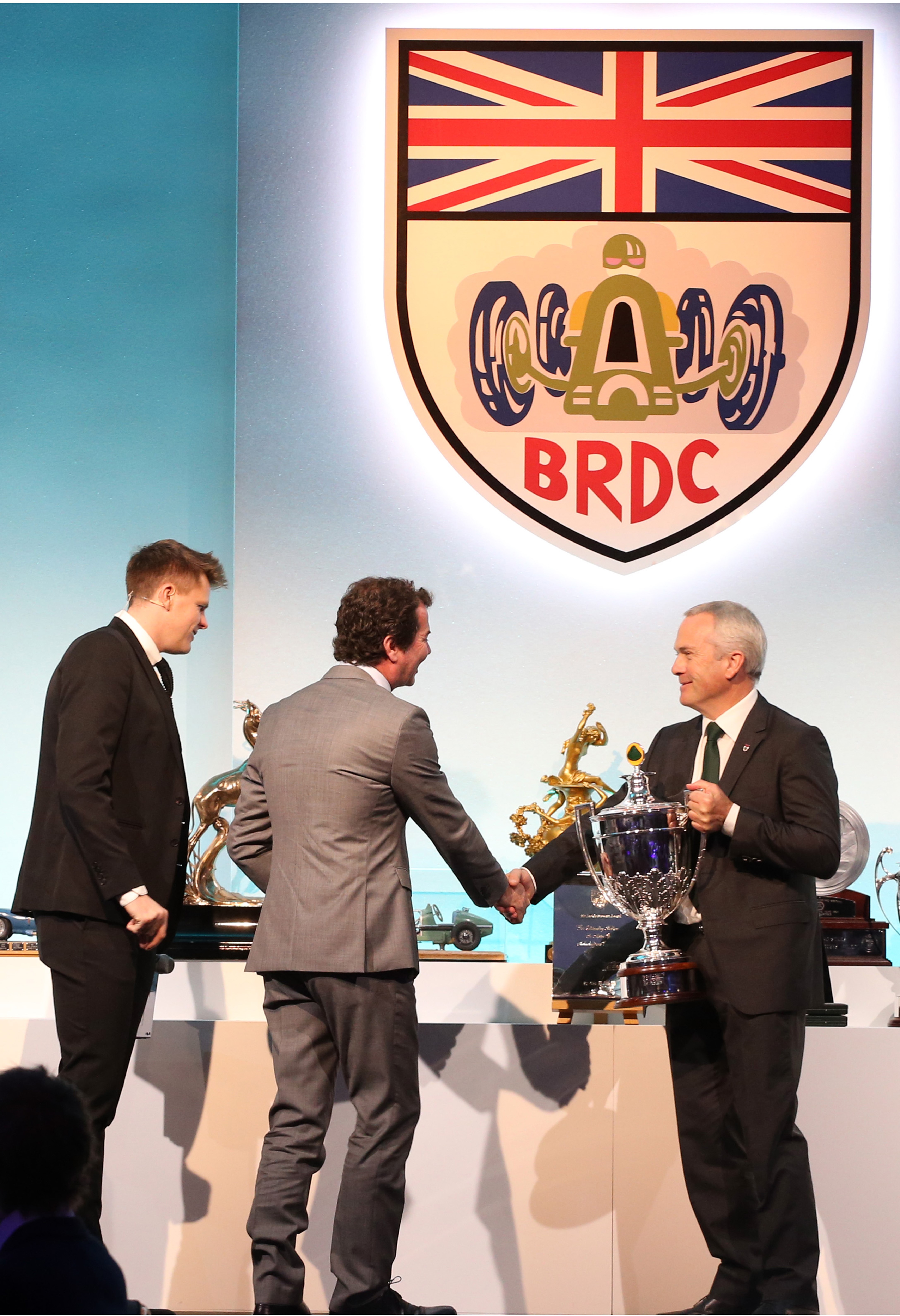 Clive Chapman recently has joined his mother, Hazel, as an Associate Member of the BRDC, which owns the Silverstone circuit. Clive was invited on stage to present the Colin Chapman trophy, which is awarded annually to an individual – who may be a driver, team owner or engineer - who has shown great team spirit. 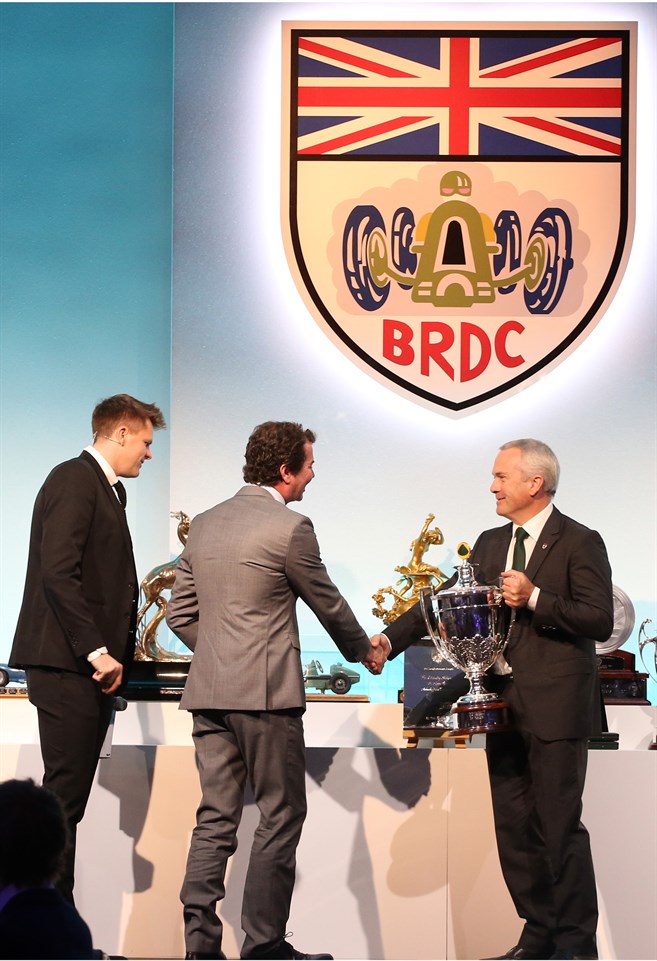 For this year the trophy was awarded to Trevor Carlin of Carlin Motorsport, in recognition of his team’s three Championship victories in 2017. Trevor has been awarded the Trophy before. In conversation with Clive subsequently, he explained that Colin Chapman has been an inspirational figure for him.

The awards ceremony concluded with a very special moment as Martin Brundle gave a moving tribute to his friend Derek Warwick who is the outgoing Chairman of the BRDC.  Derek was bestowed with a BRDC gold star for his exceptional efforts and achievements for the club.  Brundle made reference to Derek’s courage and cited the Italian GP 1990 when he emerged from his spectacular crash at the Parabolica and ran back to the Team Lotus pit to take the re-start in the spare car.

Previous winners of the Colin Chapman Trophy are as follows: