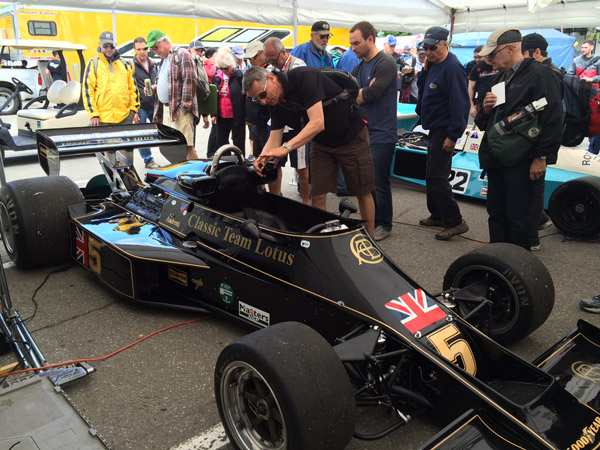 As tobacco livery is banned in modern motorsport, Chris has created a Classic Team Lotus livery complete with ACBC monogram and we think it is FAB!