Back once again; Autosport 2015 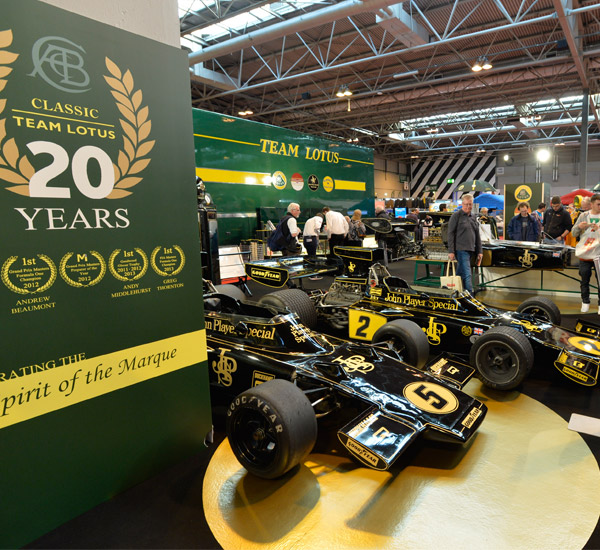 Classic Team Lotus is delighted to be exhibiting at the Autosport International - The Racing Car Show 2015.

At the last show we unveiled the Lotus type 72, the chassis in which Emerson Fittipaldi became World Champion.

2015 is a set to be another big event, celebrating the 50th anniversary of such a successful year.

We are pleased to reveal that one of the cars on our stand will be the Team Lotus type 33 - the Jim Clark World Championship winner from 1965, kindly on loan from Richard Mille.

Watch this space as in the coming weeks, more will be revealed.