Monaco 1960 saw the first GP win by a Lotus. In a privately entered type 18 Stirling Moss drove a legendary three hour race to victory. David had beaten Goliath and the scene was set for Lotus to become the dominant F1 marque. Even so Team Lotus had to wait until the 1961 United States Grand Prix for its first win with Innes Ireland driving his type 21 chassis number 933. The 21 was designed with the smallest possible frontal area achieved by having the drivers almost lying down.

Colin Chapman no longer raced and in Jim Clark he found the perfect driver to compliment the potential of his Team’s brilliant designs. Clark was quick in everything he drove, this in the days when F1 drivers competed in many categories over the course of a race weekend. In 1962 Team Lotus and Clark came achingly close to their first World Championship only to be denied by a simple oil leak in the last race. 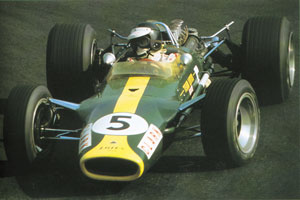 The gorgeous Lotus type 25 won on its debut in 1963. The twin boom with bulkheads chassis concept was much more stiff than the traditional space frame chassis and it revolutionised F1 design. The type 25 with Clark at the wheel was all conquering and secured the first World Championship of Constructors title for Team Lotus and the World Championship of Drivers title for Clark. Chapman was left to placate owners of now obsolete Lotus space frame cars, arguing with characteristic cheek that he felt it would have been irresponsible to sell an unproven design.

American racer Dan Gurney realised that a Lotus competing in the Indianapolis 500, arguably the greatest race in the World, would stand a great chance. Chapman visited in 1962 and agreed wholeheartedly. After two near misses the dream was realised in 1965 with a fantastic Clark victory, this in the same year that Team Lotus and Clark secured their second Championship titles. Kings of the World!

Team Lotus had developed the monocoque chassis and Chapman sensed the next step would be a bespoke engine that formed part of the chassis between the driver and the gearbox at the rear. He teamed up with Cosworth and secured backing from Ford. The all conquering Ford Cosworth DFV was created that would power F1 cars from 1967 to 1985. With this engine Clark drove the type 49 to victory on its debut and Team Lotus had raised the bar once more.

Job well done... Jim Clark aboard the Lotus-Ford Type 38 with the team after their record breaking victory in the 1965 Indianapolis 500

Tragically Clark was killed in April 1968. Team mate Graham Hill stepped up to the challenge of helping the team through one of its darkest hours. Hill and Team Lotus won both World titles and looked forward to happier days.

Colin Chapman continued to explore every avenue to gain an advantage. The glorious wedge shaped type 56 featured a jet engine and four wheel drive and very nearly won the 1968 Indy 500. However the principle performance gain was to be found in aerodynamics so Team Lotus led the way with bigger and bigger wings fitted to the cars.

JPS Lotus Downforce heads down Catesby Tunnel... and back

Chris Dinnage of Classic Team Lotus set a World first by driving a JPS-liveried Team Lotus Formula 1 car down a 2.7km closed tunnel, then turning around and heading back, all alone. 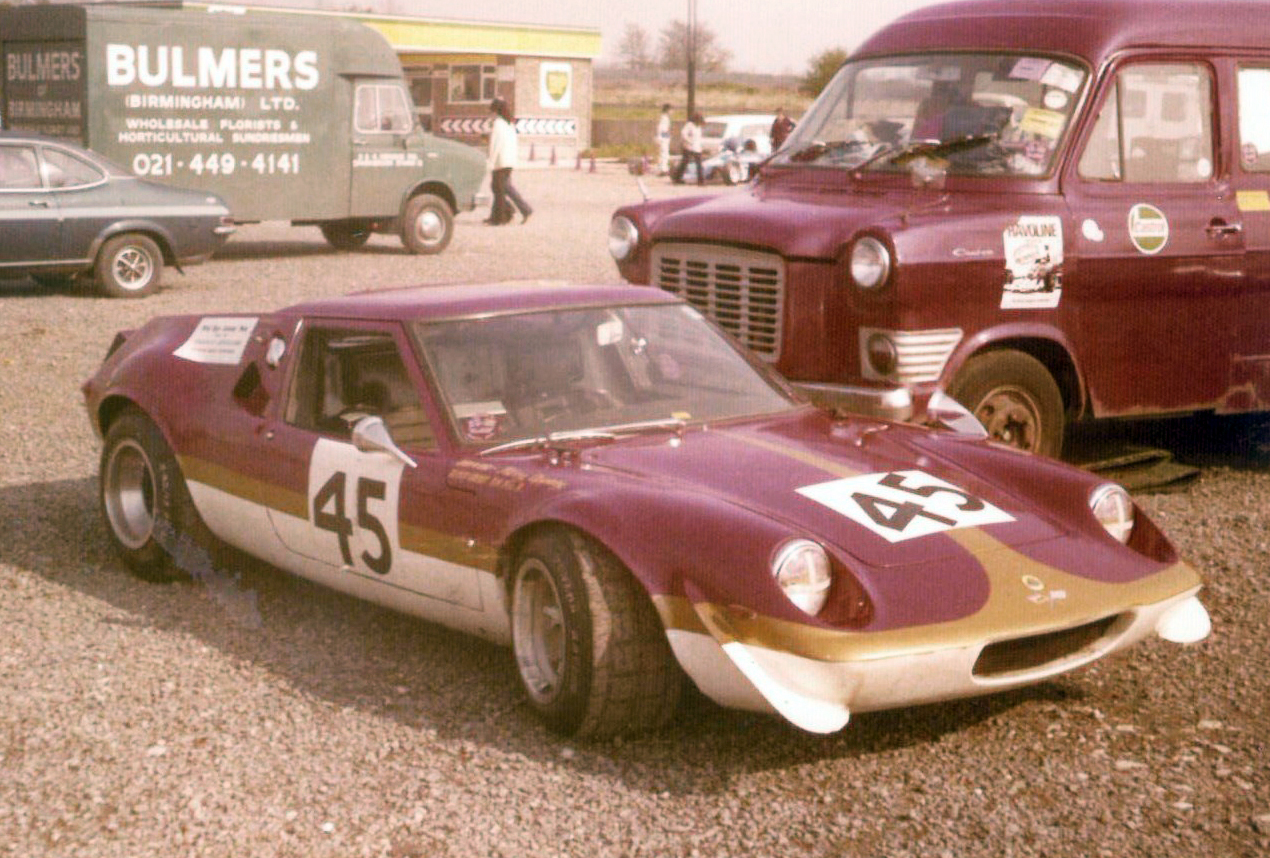 On their way to the 2021 Spa Classic Event in October Classic Team Lotus collected 47GT #77 from a classic car dealer in Brussels under the instruction of the new owner Todd Carter based in the USA.